Created by Caryn K. Hayes, Entangled with You is a relationship dramedy following roommates Alisha (Kathryn Taylor Smith) and Jaliyah (Loren Lillian), who move in together after separating from their partners. Emotional and perky, Alisha takes a reluctant Jaliyah on her up-and-down grief tour, while the stoic and cool Jaliyah deals with her own loss.

Only… Alisha’s on-and-off-again boyfriend, Craig (Al Thompson) and Rocky (Jes Meza), Jaliyah’s girlfriend, never leave the picture. Failing to fully disconnect from their relationships leaves the roomies in a constant back and forth with their emotions and the pair form an unlikely bond as their lives begin to intersect in unexpected ways. 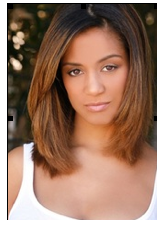 Loren Lillian made her feature film debut as a member of the supporting cast in the critically acclaimed film “Pariah” which premiered at the 2011 Sundance Film Festival. “Pariah”, directed by Dee Rees and executive produced by Spike Lee, tells a “stirring coming-out story of a 17-year-old African-American lesbian living in Brooklyn.” “Loren sizzles in her moments onscreen, making them believable and memorable.” – Dee Rees, director of “Pariah.”

She was most recently seen in Nickelodeon’s “How to Rock” as well as the web series “The Number” and “The Couple” directed by Dennis Dortch (director of “Awkward Black Girl”).

In addition to her on-screen roles, Loren has performed in numerous

theatre productions in both New York and Los Angeles. She portrayed the famous writer, Zora Neale Hurston, in “The Forgotten” at the Highways Performance Space in Los Angeles and has performed staged readings with The Classical Theatre of Harlem.

Kathryn Taylor Smith (Memphis, Tn) holds a B.S. in Psychology and a M.S. in Clinical Psychology. After a 5 years as a domestic abuse counselor Kathryn moved to Los Angeles and has been a successful actress, model, producer and writer for the past ten years. Kathryn studies at the prestigious Actor’s Studio West. As an actor she has starred in numerous plays, national commercials and tv shows such as Southland, Mad Men, Young & The Restless, The Bold & The Beautiful, The Game, The Starter Wife, Samantha Who, Girlfriends, Monk, Chocolate News, and Worst Week. Kathryn can also be seen in starring in the independent films “A Good Day to be Black and Sexy” “The Curse of El Charro,” “ConSINsual,” “He’s Mine Not Yours,” and “What Goes Around Comes Around.”

Kathryn is the co-founded KaShKe Productions, LLC which has produced the short films “Homeless Destiny,” “Kai” and “3 Faces of Evelyn” where Kathryn was nominated for a Best Actress award at The Method Festival. She has also co-produced the drama shorts “Troublesome” and “The Last Girl,” and the web series “Poetri In Motion” and “Mouthpiece.” Most recently her web series “The Marriage Lottery” which she wrote, produced and starred in garnered her the award of Outstanding Actress in a Comedy Series at the 2012 LA Web Fest. Look for her one-woman-show “A Mile in My Shoes,” her play “The Platinum Club,” and her feature film “Photo Not Shown.” 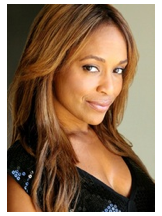 Crystal McLaurin Coney was born in Goldsboro, North Carolina but was raised in 6 different states: North Carolina, Alabama, Ohio, Michigan, California and North Dakota, Crystal still considers herself a southern girl at heart without the accent. Crystal is a graduate of The University of North Carolina at Chapel Hill with a B.A. in Journalism and Mass Communication and a concentration in Dramatic Arts. She has consistently worked in the entertainment industry for more than 15 years. One of Crystal’s proudest moments was when she captured the Miss North Carolina USA crown in 1997 and went on to be the first African American woman to represent North Carolina in the Miss USA Pageant.

She enjoys not only watching sports, but also playing them. College basketball tops her list; more specifically “North Carolina Tar Heel Basketball” and she feels she can go to head-to-head with any guy on that subject. Her other hobbies and interests include working out, figure skating, and most recently hiking, surfing and trapeze. 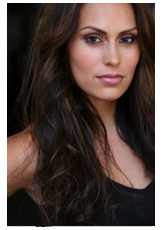 Originally from Tucson, Arizona, Jes Meza moved around her entire childhood partially because her father was in the air force. Jes was born in Hahn, Rheinland-Pfalz, Germany and has lived in Germany, Spain, Mexico, New Mexico, Arizona, Colorado and different cities throughout southern California, ranging from Valencia, Venice, San Diego, Inglewood and of course Hollywood to name a few!

When she was 18 years old, she attempted to model but was told she was too athletic and needed to lose weight. After her high school graduation from San Diego, Jes moved back to Los Angeles and was discovered in a night club by a model scout, then signed to M models the very next day. She modeled for a few years but then decided to branch off into acting after she couldn’t meet the standards of being thin. Her first job was on the set of “Love Don’t Cost a Thing” directed by Troy Bailey in 2003. She was hired as a background extra, but after Troy met her, she was bumped up to a featured extra and then a day player.

That was only the beginning for Ms. Meza. Proclaiming herself as an actress before she had began her studying, she was then discovered again in Los Angeles on a night out by Don Buchwald & Associates. That same week she went in to meet the agents and was signed. From there Jes studied with various acting coaches and classes until she found her home and foundation with Arthur Mendoza focusing on the use of imagination via the Stella Adler technique. Her screen work has included several independent features like “Internet Dating” and “Seal Team VI”. She’s been seen on web series’ such as “Johnny Be Homeless” and “Better”. Jes also took the stage in an all-female reinterpretation play of Quentin Tarantino’s “Reservoir Dogs” in the highly charged Ms. Orange role. She is represented by MMG Management. 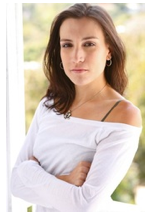 Shannan Leigh Reeve was born into a military family and spent most of her life moving from city to city. After landing her first role in the stage adaptation of Willy Wonka and the Chocolate Factory while her family was stationed in Frankfurt, Germany, she knew that no matter where life would take her: she had to be an actress. In college Shannan double-majored in Psychology and Theatre. Shannan quickly discovered that her psychology coursework strongly influenced her work as an actress. At the Denver Center Theatre Co., Shannan had the opportunity to work with award winning Voice & Diction coach Kathryn Maes and Gabrielle Cavellero, and she won an Irene Ryan Nomination for her portrayal of Lucy in THE RIVALS. Denver was also where she had the opportunity to play one of her favorite roles to date, Allison in LOOK BACK IN ANGER.

Breaking with her family’s military and collegiate tradition, she left school to accept a contract to play Helen in the WATERWORLD STUNT SHOW in Osaka, Japan. While there, she also performed as Columbia in a multi-media production of The Rocky Horror Picture Show.

Later, in New York City, Shannan workshopped a new musical based on the music of the Ramones. She also performed in MOONBITES under the direction of Greg Mullavey and in The INCONSTANT INFECTION at the NY Fringe Festival. NYC is where Shannan started to shift her focus from theatre to film, working on several independent features and student films, including DESCENT with Rosario Dawson & BENT with NYU Tisch student director Estefania. And, of course, she couldn’t pass up a chance to study Improv at the People’s Improv Theatre (The P.I.T.).

Upcoming projects include the release of the feature CROSSROADS, which marks Shannan’s first leading feature film role, INTO THE EQUINOX, a horror film based on Innuit folklore shot in scenic Alaska, and just wrapped the 2nd Season of Cowgirl Up – more horses, more girls, more guns! www.shannanleighreeve.com 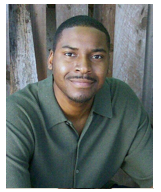 David Spates is a multi-talented producer, actor, and director. He was discovered by his first agent while he was performing stand-up comedy and quickly began landing roles on films and television shows. Ironically for years he played dramatic roles so to keep his comedic edge sharp he wrote four comedy screenplays and a television show. While producing a variety of web content David is building an online presence to help get his films and television shows made with a growing audience of over 183,000 fans, and millions of video views on the Internet on sites like youtube and many others. 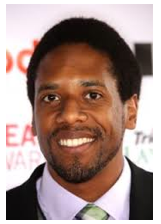 Al Thompson is the founder of ValDean Entertainment, a production company that creates high-quality, original content across multiple entertainment platforms. Established in 2007, ValDean specializes in developing programming that contemporizes traditional television sitcoms of the late 1980s and early 1990s. Under Thompson’s direction, ValDean Entertainment has rolled out a slate of digital series including “Johnny B. Homeless” for Comedy Central and “Lenox Avenue,” a drama that follows three friends navigating the rough terrain of love and relationships while living in Harlem. Other ValDean projects include “Tilt-A-World,” produced in conjunction with Brian Rolling, “Odessa,” a science-fiction web series for the Syfy Channel, and the original comedy web series “Baby Daddy Memoirs.”

Through his longtime experience as an actor, writer, director and producer in the entertainment industry, Thompson has enlisted top talent for his unique television, online and mobile programming. Among the outstanding actors that have appeared in his shows are Kenan Thompson (“Saturday Night Live”), Michael K. Williams (“The Wire,” “Boardwalk Empire”), Skai Jackson (Disney Channel’s “Jessie”) Jamie Hector (“The Wire,” “Heroes”) and Quinton Aaron (“The Blind Side”).

Thompson’s numerous acting credits include appearances in films and television shows such as “The Royal Tenenbaums,” “A Walk to Remember,” “Love Don’t Cost a Thing,” ESPN’s “A Season on the Brink,” and Sidney Lumet’s “100 Centre Street”. He also won critical acclaim for his performance as Derrick, the troubled protagonist of Larry Fessedan’s “Liberty Kid.” Thompson’s digital experience and creative networking connections has led him to provide expertise to numerous conferences and festivals. He has appeared on panels at high-profile conferences such as Sundance Film Festival, NATPE, VidCon, CES, Wharton School of Business, American Black Film Festival, and the New York Television Festival. Al Thompson resides in Harlem, New York.

A graduate of Xavier University of Louisiana and New Orleans native, Caryn has been writing fiction since grade school and has had her short story, “The Call,” published in the New Voices Literary Journal. She has produced, written and coordinated numerous documentary and corporate videos, short films, independent features, TV pilots and commercials. She is also a two time winner of the TV Pilot Award in the original script competition presented by the Organization of Black Screenwriters for “The Ridge” in 2007 and “Dirty Thirties” in 2009. In the spring of 2008, Caryn began producing her own work under her production company, Hardly Working Entertainment, with a dramdey pilot titled “Men, Interrupted.” The next year, her short film, “Every Dawg Has His Day,” was selected to appear in the 2009 San Diego Black Film Festival.

Caryn began creating content for the internet in 2008, starting as a producer for BrevityTV.com. Her first comedic web series, “the world of cory & sid,” was nominated for Best Television or Web Series in 2009 by the Urban Mediamakers Film Festival. She received an Outstanding Writing in a Drama Series award for her second series, “Breaking Point,” from the 2011 Los Angeles Web Series Festival. To date, BP has been nominated for 17 awards with four wins. Caryn is currently in post-production on her relationship dramedy, “Entangled With You.”

In between her various freelance gigs, she continues to seek out & create content for any format. Engaging and fun, Caryn can also mix over 250 drinks, is comfortable with high volume and can roll calls like nobody’s business.