A short film following Anna & Kirsten, a married couple caring for Anna’s terminally ill and homophobic father, who struggle to maintain their relationship through the difficult times they face. Now available for rent and purchase. Bonus audio commentary also available.

Please consider a making a greater contribution. All funds received will be put to future productions to keep HardlyWorkingTV creating more content for you to enjoy. We seek to offer diverse audiences a voice and representation where we lack it in mainstream. In order to make that happen, we need you to join our team and contribute to the effort. Thanks and please enjoy the first of many films from us!!

Grasie Mercedes is a Latina from NYC living in LA working as an Actress and TV Host. Her recent acting credits include Masters of Sex, Criminal Minds, Southland and indie films Hollywood, Clean Hands and The Group. She also recently had a cameo in Jackass Presents: Bad Grandpa. In the hosting world she’s worked for MTV, E! News, Popsugar and AmericanIdol.com. She’s a graduated of iO West improv theatre and performs regularly with her team Triggerfinger and the sketch group Top Story! Weekly. You can find out more at her website and popular style blog www.stylemegrasie.com

Dawn Noel is an accomplished dancer and actress who has, recently, moved to Los Angeles to expand her career into the film and television arenas. Born in Philadelphia, Dawn attended the prestigious High School for the Performing Arts and went on to get a BFA from the University of the Arts. She started her professional career as a member of Philadelphia’s Koresh Dance Company as well as with Ballet Hispanico and Elisa Monte Dance companies. Upon moving to NYC, she quickly was hired by both the NYC and Metropolitan Opera Ballets. Very soon Dawn was making her mark on Broadway with the ground breaking musical, The Lion King. This was quickly followed by her work in the Broadway productions of In The Heights and Fame. Dawn also toured with both Madonna and Jennifer Lopez as a featured dancer in their world wide tours. Dawn’s acting resume includes numerous commercials as well as lead roles in the indie films Salsa Lessons, Grand Slammed and My Normal. On television Dawn has been seen on All My Children and Glee. 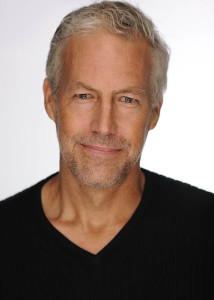 Kurt Sinclair is an actor, known for Minority Report, Femalien, and Malibu Nights.